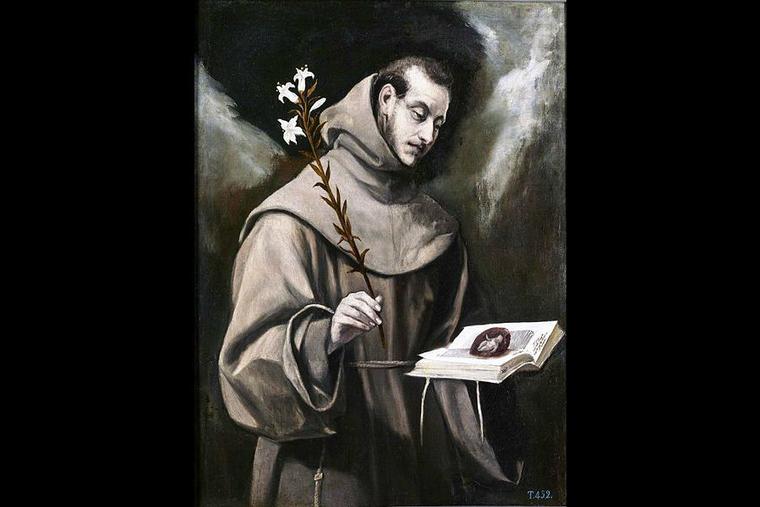 Several parishes in Kansas City, Missouri, are set to host the traveling relics of Saint Anthony of Padua this weekend — and one of the parishes will have the privilege of holding one of the famous Franciscan’s relics.

Several parishes in Kansas City, Missouri, are set to host the traveling relics of Saint Anthony of Padua this weekend — and one of the parishes will have the privilege of holding one of the famous Franciscan’s relics.

St. Anthony Parish in the Scarritt Renaissance neighborhood of Kansas City celebrates its 100th anniversary this year. Father Andres Moreno, pastor of the church, told CNA that several months ago he asked St. Anthony’s Basilica in Padua, Italy if their parish community could hold one of the relics of Saint Anthony in honor of their anniversary, and the basilica accepted.

Franciscan Father Mario Conte, who is bringing the relics from Padua to Kansas City, told CNA this is his first overseas trip with the relics of St. Anthony after COVID. Father Conte is one of the 50 brothers who exercise their ministry in the Basilica of Saint Anthony of Padua and the editor of the English edition of Messenger of Saint Anthony magazine. Prior to COVID, Father Conte traveled all over the world with Saint Anthony’s relics to deepen devotion to the saint.

Saint Anthony, known to many Catholics as the patron saint of lost things, was a 13th-century Franciscan and an associate of Saint Francis of Assisi. He is now honored as a Doctor of the Church.

Father Conte said in each of Kansas City’s three parishes he will celebrate and preach two Masses, one in English and one in Spanish, with a time for relic veneration in between.

“When you have the chance to touch and connect through a relic, it’s like, in a way, giving your hand to Saint Anthony. You feel closer to him,” Father Conte told CNA.

“People know that when they touch a relic, it’s just bones. But I think they also realize a connection with a dear friend, who is in the Communion of Saints, and therefore very close to God.

The Catholic Church has a long tradition of paying homage to relics – objects that have a direct association with saints or with Christ himself. First-class relics are parts of a saint’s body, such as flesh, blood, hair, or teeth; second-class relics are objects or fragments of objects belonging to a saint; and third class relics are those objects which a saint has touched or which have been touched to a first, second or other third class relic. Relics are not venerated but honored—”venerated”—because of the saint’s love and closeness to God. Those who pray with relics often ask for the intercession of this saint.

Father Conte said the relic he is bringing and which will return to Padua consists of several layers of the saint’s skin, inside a glass lamp held by a small golden statue of Saint Anthony. The relic that the basilica donates to the parish of Saint Anthony is ex massa corporis (of the body mass) – a piece of the saint’s flesh, but not an identifiable piece of the body.

The relics Father Conte brings were on display and available for veneration at Holy Cross Parish from noon to 6 p.m. central time on October 7, with an English Mass celebrated at noon and a Spanish Mass at 6 p.m. On October 8, the relics will be at the parish of Notre-Dame de la Paix with an identical mass schedule. Finally, on Sunday, October 9, the relics will arrive at St. Anthony Parish, with masses in English celebrated at 9 a.m. and 6 p.m. and masses in Spanish at 11 a.m. and 1 p.m., and veneration between 9 a.m. and the end of the 6 p.m. .

A reminder to join me in Kansas City October 7-10. To strengthen the joy, hope and renewal in each of us, I will bring an important relic of Saint Anthony which will remain on display during the Eucharistic celebrations. pic.twitter.com/1WrawNp8BU

The two relics arriving in Kansas City were extracted from the saint’s remains after his tomb was opened for the second time, in 1981. The only other time St. Anthony’s tomb was opened was in 1263, just a few decades after his death. At that time, several relics were taken, including his tongue and his jaw, both still venerated in Padua.

Born in Lisbon, Portugal in 1195, Saint Anthony moved to Padua, Italy after joining the Franciscan order. Anthony is known not only for his eloquent preaching and frequent rebukes of heretics, but also for his love for the poor he encountered.

In 1224, Saint Francis of Assisi gave Antony permission to teach theology in the Franciscan order, which he did in several French and Italian cities while strictly following his Franciscan vows and preaching regularly to the people. Later he devoted himself entirely to preaching work as a missionary in France, Italy and Spain, teaching a genuine love for God to many people who had strayed from the Catholic faith and morals.

Beyond his divine gift for preaching, Father Conte noted that Anthony had a great love for the poor and marginalized and did all he could to help them. For this reason and others, Saint Anthony is an excellent example and a powerful intercessor for Catholics, he said.

“Throughout his life, Anthony did everything he could to help people…fighting for those who needed his help,” he noted.