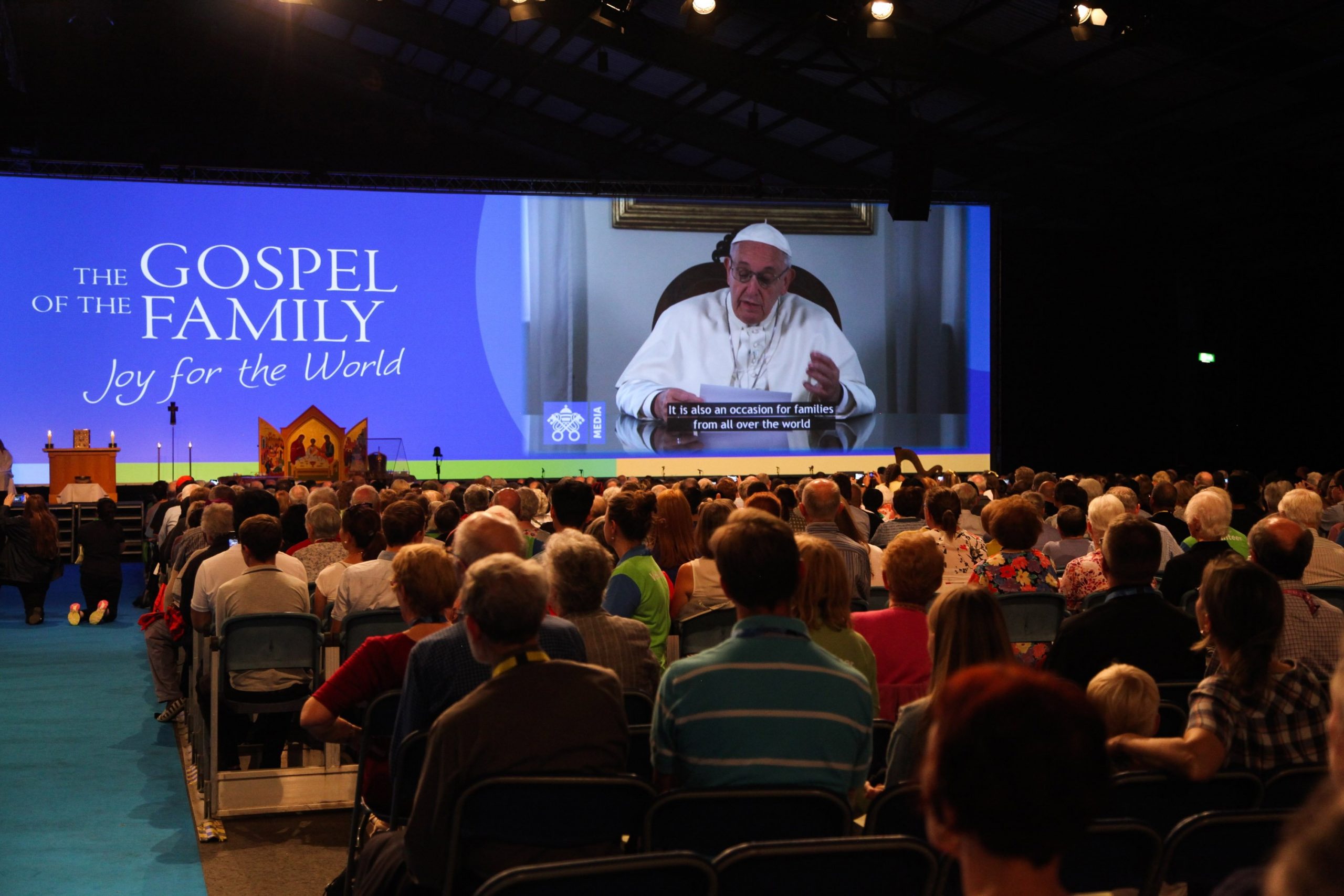 ROME — Adapted to the post-pandemic world, the traveling Catholic feast known as The World Meeting of Families will take place in Rome this week, but with events livestreamed around the world and many dioceses hosting events.

Originally planned for 2021, to coincide with the 5e anniversary of the publication of Pope Francis’ encyclical on the family, Amoris Laetitiathe event has been moved to June 22-26, 2022 due to the COVID-19 pandemic.

When the move was announced, the Vatican also said that at the request of Pope Francis, the event would not have the usual format where thousands of families flock to the host city. Instead, WMOF 2022 is by invitation only, mostly representatives of bishops’ conferences and church movements. The number of families present is estimated at 2,000.

The Dicastery for Laity, Family and Life has asked bishops’ conferences to include a limited number of married couples and families in their delegations, as well as clergy who have focused their ministry on marriages and families.

The Vatican strongly encourages all dioceses to celebrate the World Meeting by bringing families together for a personalized local experience of formation, prayer and fellowship.

The meeting will focus on the theme “Family love: a vocation and a path of holiness” and will mark the end of the Amoris Laetitia family year. The program in Rome and live includes Mass in St. Peter’s Basilica, conferences by lay Catholic couples, family activities and a live performance by the Italian operatic pop trio Il Volo.

Pope Francis will participate in three events: The Festival of Families, which will open the gathering on the afternoon of June 22; mass in St. Peter’s Square on Saturday evening June 25; and on Sunday he will address families at the Angelus and ask them to share what they have learned with others when they return home. If it respects the tradition, the city and the year of the next edition will be announced at that time.

“To prepare this new multicentric and generalized edition of the World Meeting, we had to face many challenges, starting with the pandemic, which delayed and complicated the organization, but we did it,” said Gabriella Gambino, under-secretary of the Dicastery. for Laity, Family and Life. “All over the world, so many dioceses are organizing themselves to bring families together around their bishop or parish priest: they are using the same scheme as the Meeting to be held in Rome”.

The first WMF was held in Rome in 1994, the year declared by the United Nations as the International Year of the Family. Pope John Paul II wanted the Catholic Church to join in the celebration, and among the proposed activities was the rally in Rome. It’s been going on since

So far, Francis has only taken place in two: in Philadelphia in 2015, which saw more than a million people attend the closing mass; and that of Dublin, which had a strong focus on protecting and preventing abuse due to the scale of the local clerical abuse crisis which had a strong impact on the Irish church.

In Rome, the meeting will take place in the Paul VI Hall, located in the Vatican, and where public weekly papal audiences are held when not in St. Peter’s Square. The episcopal conferences are responsible for financing the travel expenses of the 2,000 delegates.

Although in October the Vatican announced that it contribute when local churches could not afford travel expenses, Node saw a letter inviting a couple with several children to participate, but at their expense. And even if they managed to come, they only got two tickets for each event.

The Rome event will be streamed live and translated into English, Spanish, French, Portuguese and Italian as well as various forms of sign language. According to the program, it will cover topics ranging from educating young people about sexuality, being a Christian in the age of social media and families who suffer from domestic violence, to accompanying couples in their first year of marriage.

Another difference between this edition and previous editions is the decision not to have theologians and scholars giving lectures, but instead to have mostly married couples and only three priests. There are 30 panels in the list, with 62 speakers from 17 countries including the United States, Burundi, Brazil, Australia, Lebanon, Taiwan, and Indonesia. No cardinal or bishop is mentioned in the official program.

My 10 favorite things to buy at Aldi