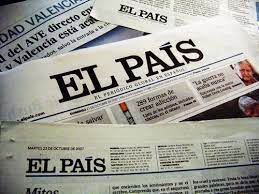 The Spanish state involved at the highest level in the admission of the Polisario leader, according to El Pais

El Pais, one of Spain’s most popular newspapers, confirmed that the admission of the Polisario leader to Spain was a decision taken at the highest level of the state.

El Pais confirmed the Moroccan Foreign Ministry’s conclusion that letting Ghali enter Spain under a false identity and an Algerian passport was a “premeditated act”.

Ghali flew to Spain where he receives medical treatment in a hospital in LogroÃ±o. His presence in the European country has sparked the anger of the many victims who are still waiting for Spain to bring him to justice for war crimes, human rights violations and rape.

El Pais pinpoints the responsibility of the Spanish state and justifies Morocco’s firm declaration and warnings that such a hostile act will have serious repercussions on bilateral relations.

Citing diplomatic sources, the newspaper explains that the Algerian Minister of Foreign Affairs Sabri Boukadoum had, in early April, implored Spain to offer medical treatment to Ghali who contracted the Covid-19.

The sources added that the Spanish authorities agreed to receive Ghali under the guise of “humanitarian considerations”. This obviously angered the Moroccan Foreign Ministry which, in a statement last week, deplored Spain’s double talk of reserving the humanitarian approach to the separatist leader while leaving thousands of people facing oppression and to abject living conditions in the separatist camps of Tindouf.

The newspaper adds that Germany had previously refused Algeria’s request to offer Ghali medical treatment, noting that Spain was more likely to receive Ghali given the influence Algeria has on Spain. as the main supplier of gas.

Ghali’s presence in Spain, where he is being prosecuted for serious crimes, is a test for the independence of the Spanish judiciary and for Moroccan-Spanish relations. So far, Spain appears to have favored Ghali over its relations with Morocco.

Spanish opposition parties such as the PP have lamented the way the Spanish government has handled Ghali’s case and lambasted him for allowing him to enter under a false identity.

The North Africa Post news bureau is made up of journalists and editors, who are constantly working to provide new and accurate stories to NAP readers.