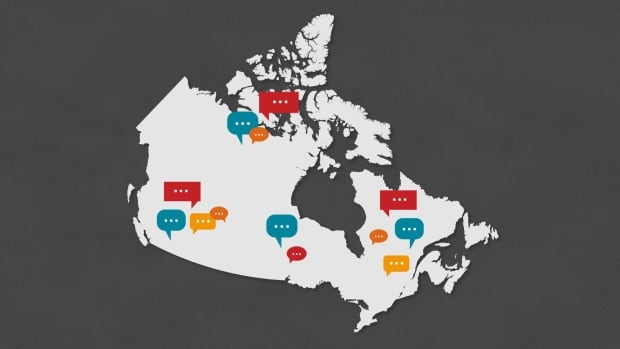 These 6 graphs show how language is changing in Canada

A quarter of Canadians now have a first language that is neither English nor French, according to recently released census data on language, marking a record high.

These six graphs – based on Statistics Canada data from the 2021 census – give an overview of the languages ​​Canadians can speak and which ones they use at home.

In Quebec, bilingualism has increased by 1.9 percentage points since the 2016 census. This comes after Quebec passed Bill 96 earlier this year in a bid to strengthen the French language in the province, by particularly in the courts, businesses and among immigrants to the province.

Among Indigenous languages ​​in Canada, knowledge of Inuktitut, Oji-Cree and Nehiyawewin (Plains Cree) is the highest, according to the latest census data. Statistics Canada has also reported that the number of Canadians who can speak an Indigenous language has decreased slightly.

But the agency cautioned against comparing numbers from previous censuses, saying the COVID-19 pandemic has limited its ability to accurately count First Nations and Indigenous communities.

The agency also cited heat waves and wildfires in British Columbia and northern Ontario as challenges during the census process. Statistics Canada said accurate comparisons can only be made in September.

Linguistic data offers a snapshot of Canada’s diversity. Using the linguistic diversity index, which measures the probability that two random people have the same mother tongue, we can calculate how linguistically diverse each province is.

CBC News calculations indicate that Nunavut and Ontario have the highest indexes, while Newfoundland and Labrador have the lowest.

The number of Canadians who speak Mandarin, Punjabi or Spanish at home has seen the biggest increases since the 2016 census — and these languages ​​remain among the top non-official languages ​​spoken in Canada. (Cantonese is the third most spoken unofficial language at home in Canada, although it has seen a slight decline between 2016 and 2021.)

Several other languages ​​have also increased since the last federal census. The number of Canadians speaking Haitian Creole, for example, is 17 times higher than in 2016. This massive jump comes after thousands of Haitian immigrants came to Canada in recent years, many have fled the Trump administration’s anti-immigration policies in the United States.

Tagalog, spoken primarily by Filipinos, is the most commonly spoken non-official language at home in three provinces and territories: Manitoba, Saskatchewan and Yukon.

Mandarin, the official language of China, is the most spoken language in Ontario, Nova Scotia and Prince Edward Island.

The number of people who know sign languages ​​in Canada — including American Sign Language (ASL) — has increased by about 1,000 people.

In Saskatchewan, for example, sign language interpreters were used for the first time during televised press conferences informing the public about the COVID-19 pandemic, exposing more people to the language.

Spain: 10 injured leaving a train stopped near a fire