Thousands of Guatemalans celebrated this Tuesday throughout the territory the “The devil burnsÂ», A secular tradition in which incinerate garbage in front of their homes, despite the authorities’ recommendation to the contrary.

The activity, which has been repeated in dozens of streets across the Central American country, takes place every morning on December 7.

Citizens participate in the fire of a five-meter devil. (Photo: ./Esteban Biba)

However, in recent years the participation of Guatemalans in the tradition has declined due to the recommendation of the authorities to do not burn garbage for the sake of the environment and for risks related to the activity.

“Many are burning old things, setting the garbage ablaze and this leads to risk and vulnerability,” Guatemala City spokesperson AmÃ­lcar Montejo said on Tuesday. 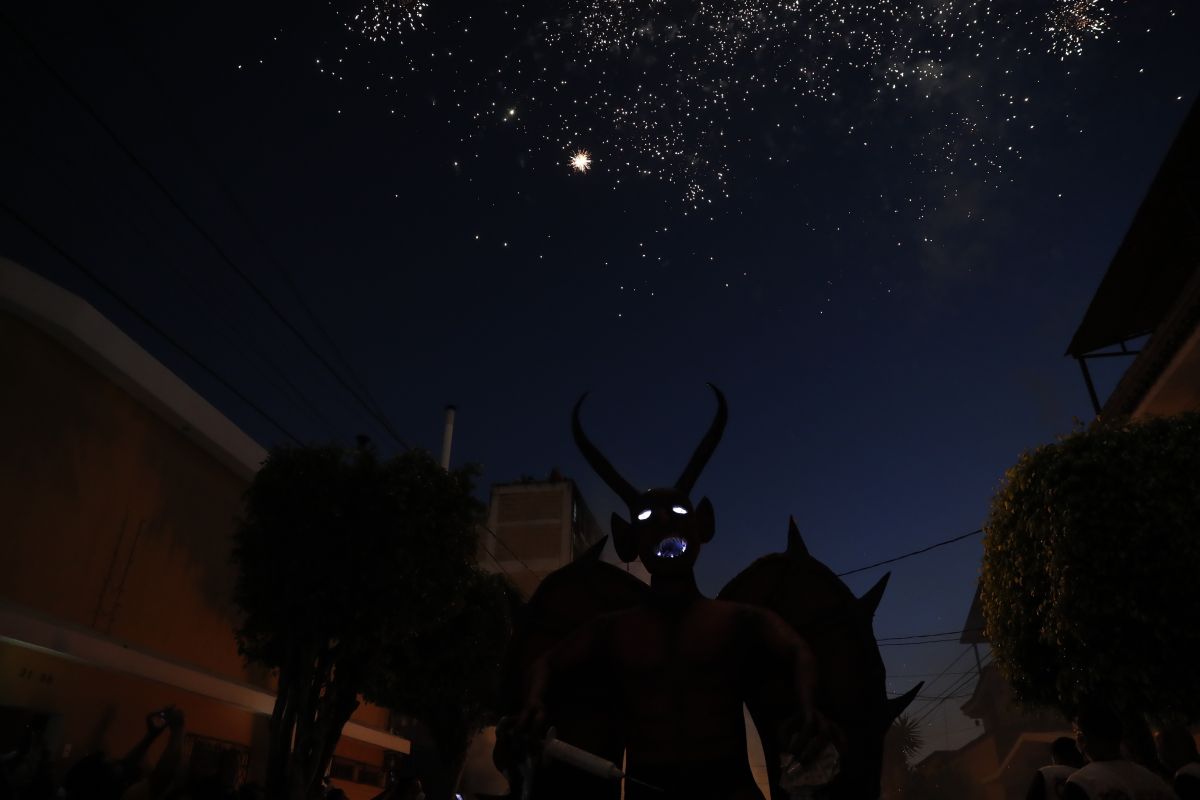 However, the authorities ask not to burn waste for the environment. (Photo: ./Esteban Biba)

The official recalled the importance of “protecting children” and the risks posed by the burning of garbage and piÃ±atas “in the streets and avenues” with electric cables.

The Devil of 5 meters

A few kilometers from the center of Guatemala City, a giant devil’s piÃ±ata was burned by the inhabitants of a district in zone 5, one of the 25 zones that make up the metropolis.

The piÃ±ata was five meters high and weighed up to 400 pounds, as confirmed by the organizers at., Who also indicated that they baptized it as “Giammatute 2021â€œIn honor of the Guatemalan President, Alejandro Giammattei, due to his mismanagement of the budget for vaccines against covid-19. 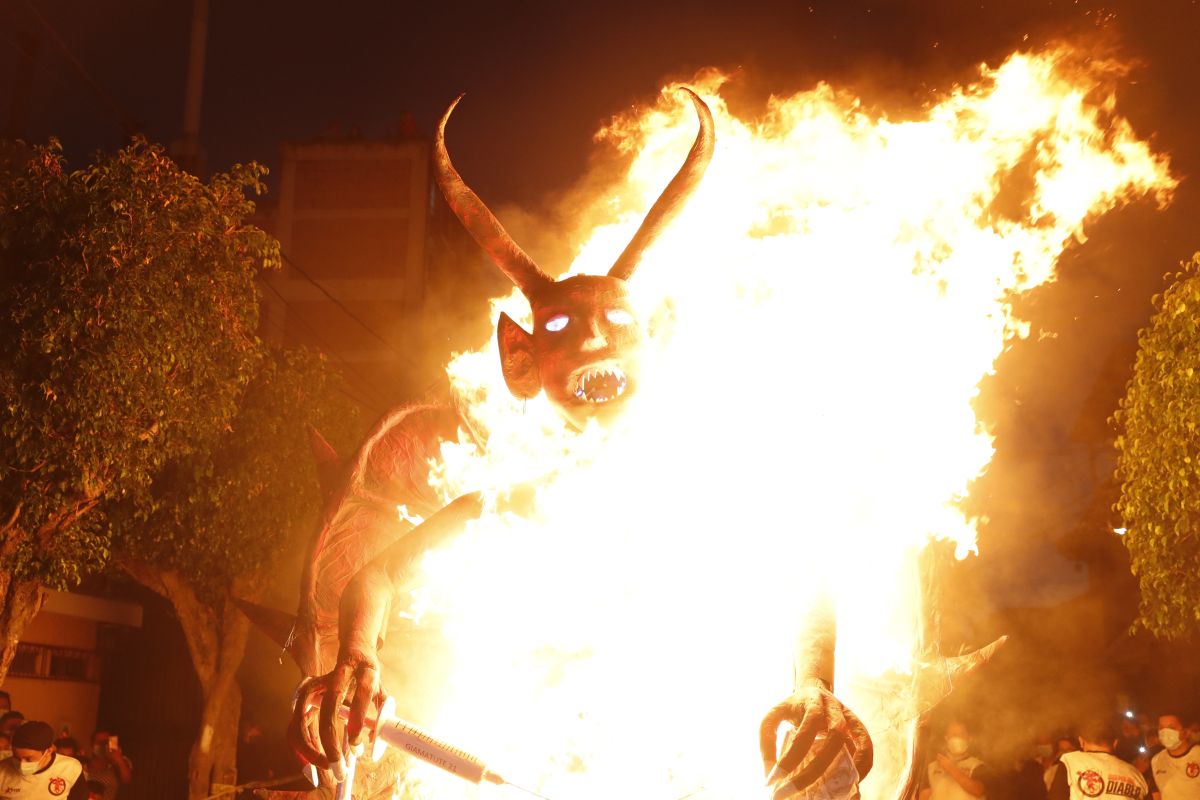 This tradition dates back to the announcement of the triumph of the Virgin of ConcepciÃ³n. (Photo: ./Esteban Biba)

For its part, the Guatemalan Exporters Association concluded a campaign on Tuesday urging the population to recycle in order to reduce pollution.

According to the Catholic view, the tradition dates back to the announcement of the triumph of the Virgin of ConcepciÃ³n, whose feast is celebrated on December 8, over Satan, which is commemorated with great bonfires and fireworks. 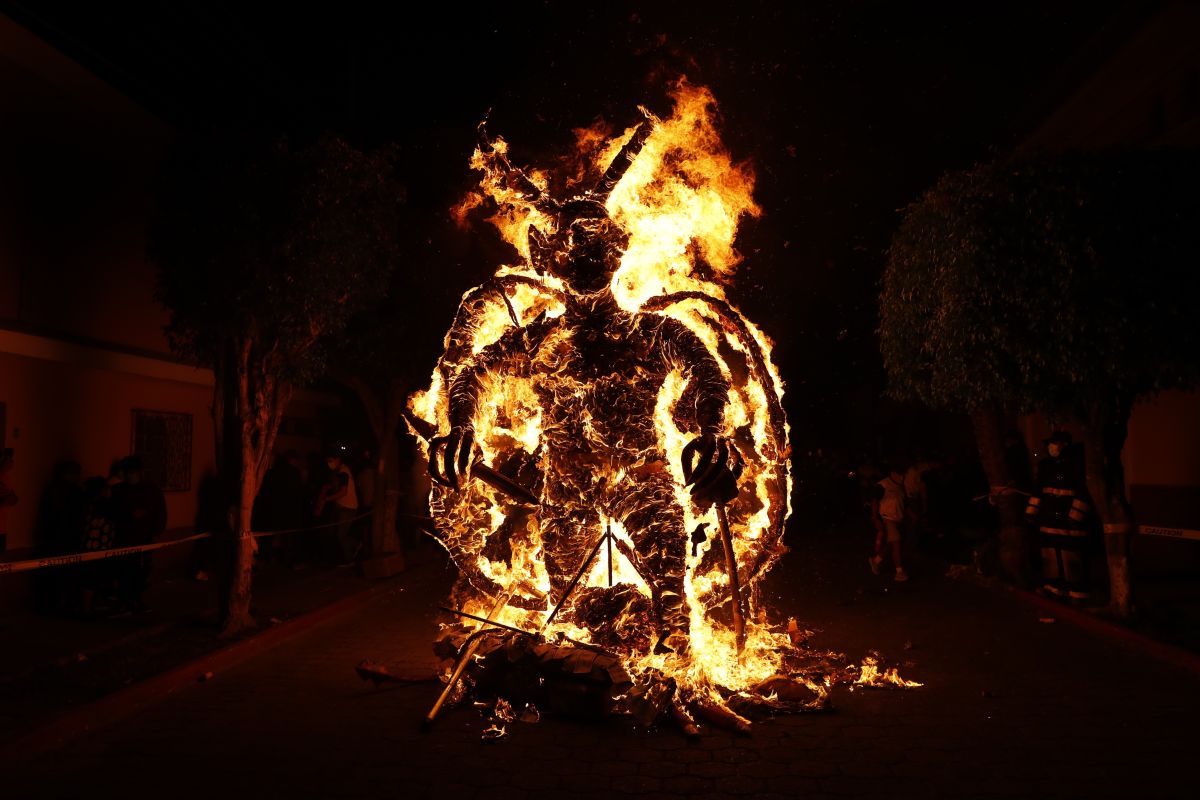 Guatemalan historians link the celebration to the days of the Spanish colony. (Photo: ./Esteban Biba)

Likewise, some Guatemalan historians link the celebration to the days of the Spanish colony, when large lights were made with fire for certain religious festivities.