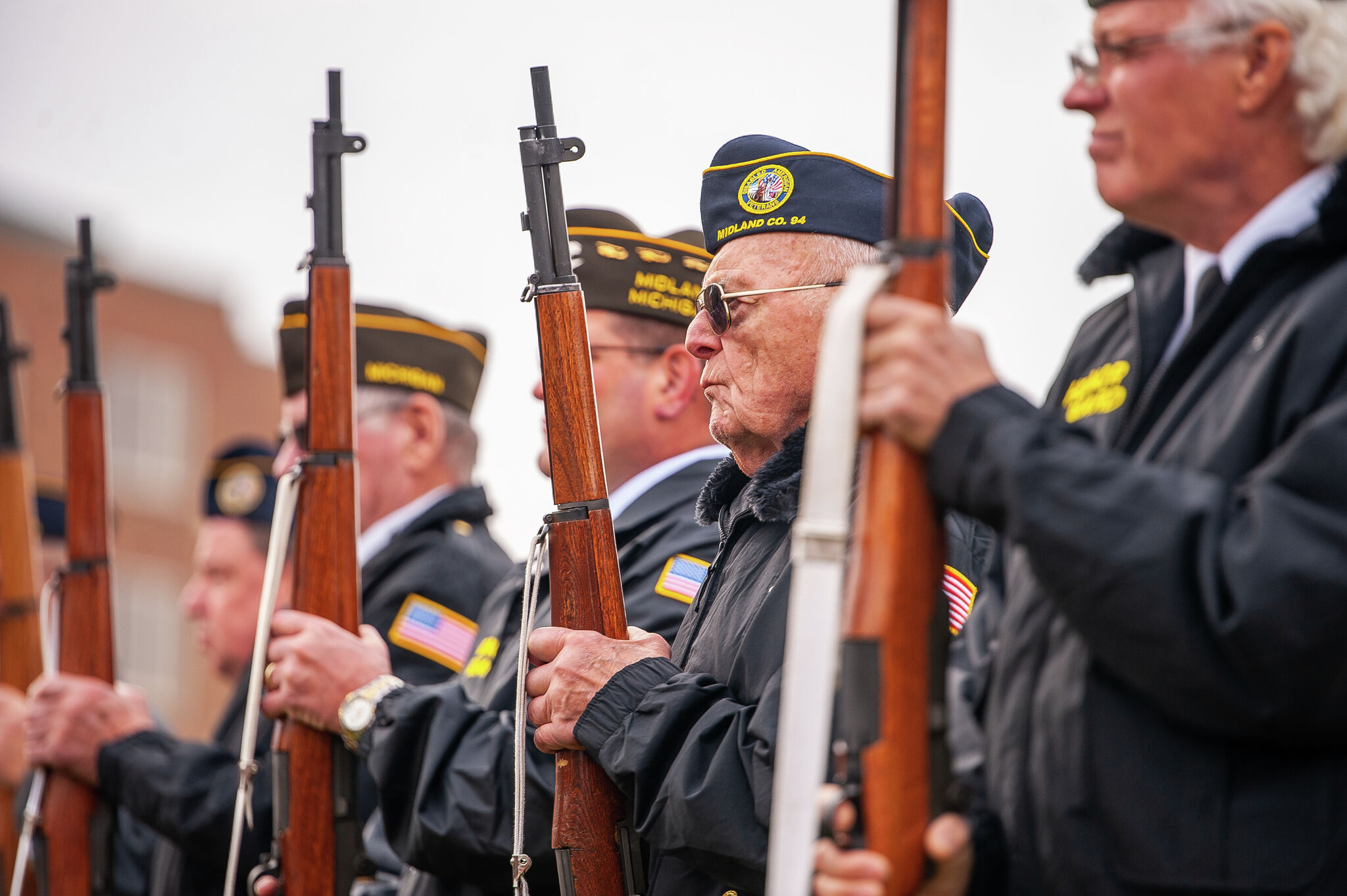 Thomas and Victoria Cox both saluted during the closing ceremony of a Veterans Day celebration Friday morning outside the Midland County Courthouse.

Thomas is an Army veteran who served in Vietnam and Victoria is an Air Force veteran.

Veterans Day is celebrated on the 11th hour of the 11th day of the 11th month each year, originally called Armistice Day in commemoration of the cessation of fighting in World War I. The name was changed to Veterans Day in 1954 to honor all veterans of the United States Armed Forces.

More than 100 people attended the 20-minute ceremony on Friday, which included two World War II veterans. After the laying of the wreaths at the memorial next to the courthouse, the keynote speaker was State Senator Jim Stamas, a veteran of the United States Army and Army National Guard.

In his remarks, Stamas said this year marks the end of 32 years of public service for him, beginning with his service in the military, during which he served at Arlington National Cemetery, and ending with his election to both the State House and the Michigan State Senate.

“I can’t think of a better place to say ‘thank you,'” Stamas told the crowd. “It was truly a privilege.”

State Representative Annette Glenn also addressed those gathered, noting the selflessness of those who served in the armed forces.

“Your love and support is the backbone of this nation and must never be forgotten,” she said.

And Glenn urged citizens to serve veterans just as veterans have served their country.

“We have to keep our promise to our veterans. We have to let them know that they are never alone, never forgotten,” Glenn continued. “Our actions speak louder than our words. May our gratitude not be just for this day, but for every day.”

Thomas is from Midland and was drafted into the military when he was 24 years old. He mentioned that Victoria’s grandfather accompanied General John J. Pershing during the Spanish-American War.