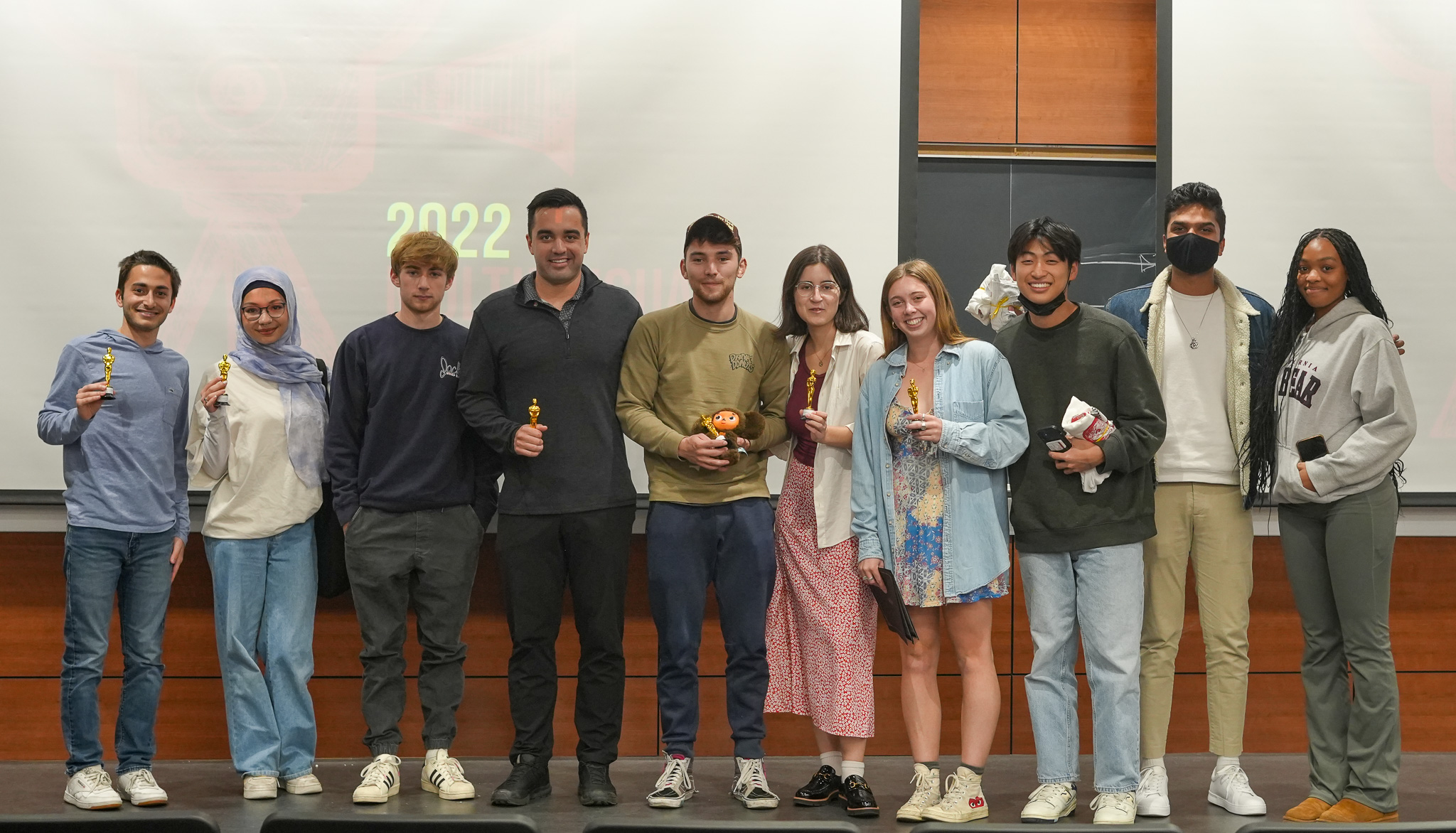 Student filmmakers and language teachers gathered at Taper Hall Wednesday night for USC’s first multilingual film festival. The screening of six short films in six different languages ​​ended with laughter, applause and support from the multilingual community, truly demonstrating how learning other languages ​​and cultures can bring people together.

The Multilingual Film Festival was hosted by the Center for Languages ​​and Cultures and organized by its Community Outreach Committee as an initiative to raise awareness of the importance of studying foreign languages, particularly to cultivate appreciation and understanding of other cultures. Professor Maria Mercedes Fages Agudo, Spanish lecturer and chair of the community outreach program, explained that the organizers chose to organize a film festival because of the accessibility of the medium.

“We thought ‘These days, you know, students are walking around with their phones, and they’re always photographing, recording videos, watching TikTok,’ so it seemed like the natural transition would be to ask them to produce a video where they were using the target language we use in the classroom, but outside of their normal four walls,” said Fages Agudo.

As spectators and filmmakers rushed to the event, they were warmly welcomed by either Professor Fages Agudo or Evgeny Dengub, Russian teacher and director of the Center for Languages ​​and Cultures.

“I hope that [audience members] will take away that language is fun and that using a foreign language is not just something they do in class when studying a verb or conjugations, but it is something that helps them discover and open their creative potential and bring more joy to the world,” Dengub said.

While staff prepared for the screening, Professor Dengub taught the audience of around 40 people how to say “Hello” in the six languages ​​represented at the Film Festival: Arabic, Chinese, German, Hebrew, Russian and Spanish.

After the opening remarks, the movies started playing. The theme for the film festival was “A Day in the Life of a USC Student”, which Professor Fage Agudo said was chosen for its universality.

“Teaching so many languages ​​at so many different levels, how could we find a subject that could be the same for all the languages ​​we teach?” said Professor Fages Agudo. “We thought it would be easy to connect with ‘A Day in the Life of a Student’.

The first was the Arabic-language film, “Empty,” directed by Faatima Abdul-Aziz, a sophomore majoring in law, history and culture, and Anthony Khoory, a sociology graduate. Khoory explained that their video about an aspiring actress and her strained relationship with her husband was inspired by the style of Arabic soap operas.

“I watched the Arabic musalsal, which are TV dramas,” Khoory said, “and we actually used the theme song from a Turkish show…and used the idea of ​​divorce, big family topics and ‘cultural elements’.

Next is the Chinese-language film, “The Power of Chinese”, directed by Yana Savitsky, a second-year student in Media Arts and Practices, Vihan Raj, a student in Computer Science, Rich Qian, a second-year student in Cognitive Science and David Zhang. , a junior specializing in the design of games and interactive media. Their film explores a rivalry between two students in a Chinese class and how their competition escalates into comic effect.

After that, there was the German-language film, “Stress Traum,” directed by Justin Compy, a sophomore majoring in film and media studies, and Schuyler Gebhardt, a senior majoring in history. Their film follows a student studying for a test in his German class who falls asleep and has a nightmare about the exam.

Next is the Hebrew-language film, “End,” directed by Jack Yonover, a second-year philosophy student. His film tells the story of a student going through his day, struggling with a sense of hopelessness.

Then the Russian-language film, “How to Find Friends in Strange Circumstances,” directed by Marguerite Bysshe, a freshman majoring in intelligence and cyber operations, Christopher Keating, a theater major, Claire Fausett, junior in international relations and Russian, Sophia Wittmeier, a major in intelligence and cyber operations, and Christopher Gunning, a major in Russian, were streamed. The video is about a Russian language student who transforms into the Russian cartoon character “Cheburashka” after studying the character for a project.

Bysshe, the group’s director, explained the motivation behind their film. “I know I wanted to do something funny and I love Cheburashka…I learned [him] in my high school Russian class.

Finally, the film in Spanish “J’aime USC!” directed by Alana Bright, a junior theater student, and Bianca Novak, a junior health promotion and disease prevention student, was screened. Their film documented their day as USC students.

Throughout, the audience cheered and laughed, showing their support for each other’s works. Subsequently, Professor Fages Agudo and Professor Dengub organized a popular vote, won by “How to find friends in strange circumstances”.

After the public decided the winner of the Popular Choice award, a separate awards ceremony was held to celebrate the films. The winners were chosen by a judging panel from the Community Outreach Committee and presented by fellow teacher, Steven Gonzalez. Gonzalez explained that the films demonstrated the strength of the language program at USC.

The winners received small Oscar-worthy statues for their victories and photos were taken. The audience again applauded all the filmmakers and the evening ended with a quiz for free T-shirts which, although competitive, was a lot of fun.

With the success of this multilingual film festival, Professor Dengub hopes the initiative will become an annual event and that even more students from the 15 languages ​​offered at USC will participate, stressing that the medium of film can help learners overcome language barriers.

“The language of cinema is pretty much universal,” Professor Dengub said, “and with the help of subtitles you can really, you know, make a movie in any language and enjoy [it].”

“Health and safety are in danger”: only one safety inspector in California is bilingual in Chinese or Vietnamese