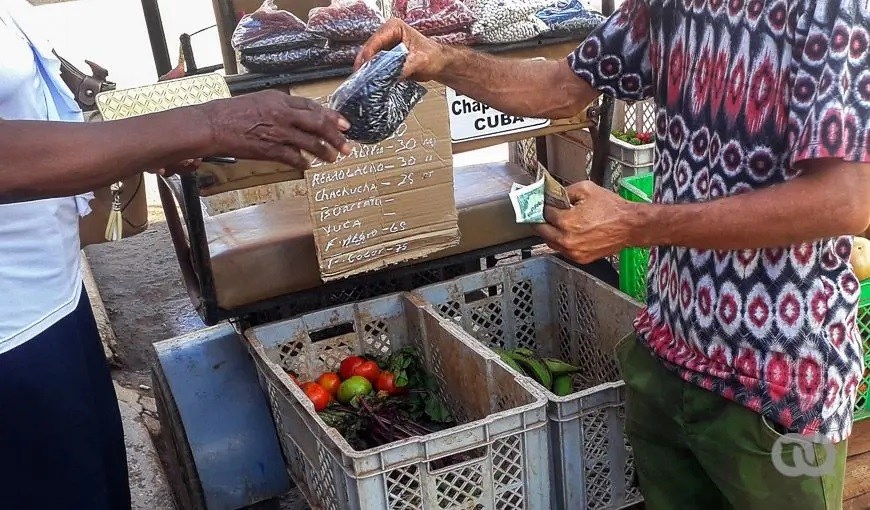 HAVANA TIMES – The ability to choose the foods you want to try, eat, incorporate or remove from your daily diet is a sign of food identity that expresses the ethical and cultural preferences of an individual and society.

Free choice in food is determined by geographical, economic, religious and ideological factors. Biology also plays a role (appetite, sense of taste), as does psychology (eating habits, mood and stress).

However, it is very difficult to talk about food choices in Cuba for different reasons. First, because generalized rationing limits and standardizes basic foodstuffs; second, because of periods of scarcity linked to economic crises; thirdly, because of economic, physical and socio-cultural points that are determined by production, income, access and the time invested in procuring a food product.

More and more people on the island are interested in different diets (vegan, vegetarian, ketogenic, gluten-free) who find many resources online and in their social networks (recipes using alternative ingredients or ways to do it at home, resilience cooking techniques) and are more aligned with alternative and internationalized ethics, philosophies and lifestyles.

For example: people who advocate veganism or vegetarianism are normally part of animal rights groups, support agroecology and permaculture, are environmental activists, and promote these practices through citizen-led programs and projects .

After Barack Obama’s visit to Cuba in 2016, the temporary “thaw” in bilateral relations and the increase in American tourism led to the rise of food companies linked to veganism and vegetarianism, where the private sector had to respond to this demand.

According to some business owners, the idea emerged after tourists suggested they couldn’t find many vegetarian options on menus and asked them to make dishes without meat.

In addition, many Cubans from the United States, Italy, Germany, returned during this same period and established businesses in Cuba. They came with a better understanding of the market, with vegan and vegetarian gastronomic know-how because these movements had already been developing in these countries since 2000.

There are now eco-restaurants such as El Romero, El Shamuskia’o, Camino al Sol and Café Bohemi, which specialize in vegan/vegetarian dishes, although they are aimed at tourists.

Nevertheless, following and advocating for a vegan or vegetarian lifestyle in Cuba is difficult for many reasons.

To eat a vitamin-rich diet, you need more than just filling up on carbohydrate-rich foods.

According to the Food and Agriculture Organization of the United Nations (FAO), 44% of the average 3,345 calories for a person in Cuba come from carbohydrates.

Although there is demand in agromarkets, agricultural fairs and urban farms, the supply of these products is affected by import dependence and the Cuban production system, which follows an intensive model and favors quantity over quantity. variety, with a strong emphasis on seasonal products.

In addition, the work of the Cuban state purchasing entity ACOPIO, which collects and transports the products, is extremely insufficient, in terms of the quality and price of the products that also reach the cities.

These issues not only hinder the free choice of food, but catalyze shifts in food culture due to a mindset of resilience and food crisis.

Cuban culinary tradition, from the cookbooks that flourished in the 1930s with Blanche de Baralt to the 1960s with Nitza Villapol, has based its dishes on meat and fish.

While many of them also had cereals, vegetables, leafy vegetables and fruits, products of waves of immigrants from Africa and Asia thus enriching Cuban agriculture, the national cuisine overwhelmingly opted for the Spanish tradition, rich in foods of animal origin.

That said, nutritional policies after 1959 and especially during the economic crisis of the 90s changed the culinary mindset of Cubans and new food stereotypes and preconceptions emerged.

Due to shortages and a handful of spaces to share independent forms of food culture, certain ingredients and products have been pushed aside and tied to times of crisis in the popular imagination.

After the 90s, brown sugar, okra, lentils and split chickpeas, to name a few, were considered the food of the “poor” or “not a decent meal”, at the very least. .

Vegetarian substitutes like soy have drawn similar rejection among the public, as it has been used as an alternative in poorly presented products sold since the 1990s, such as ground soy or soy yogurts.

On the contrary, fantasy, diversion and craving for scarce products, such as meat and fish, have amplified their value, to the point that they are considered the only sources of protein.

As a result of all of the above, you may hear phrases on the island like: “we Cubans became vegetarians in the 90s”. Memories of scarcity from that decade automatically eliminate any form of fondness for the foods they ate at that time.

In response to vegetarianism, we also hear: “grass is for horses” or the warning “you’re going to get sick like that”.

There is strong doubt in the Cuban social imagination that vegetarian diets are nutritionally suitable for pregnant women, children or the elderly, as the FAO assures us.

Veganism has clear benefits as an alternative diet on the island: it helps manage weight control; includes more fiber and eliminates toxins; prevents diseases such as cancer of organs related to digestion, cardiovascular diseases and diabetes; it is a relatively inexpensive diet.

However, for it to be effective, it must be supplemented with a wide and varied selection of foods, enriched with proteins and amino acids that vegetables cannot supplement alone (vitamin B12, tryptophan, etc.).

Talking about veganism and vegetarianism in Cuba today is not fanciful or gastronomic snobbery, but a valid trend, a basic option in people’s right to food. Above all, it involves taking a political position; it represents the guarantee of living a full life, in accordance with individual ethics and political principles.

Even so, if the statement “the future is vegan” is true, we Cubans will have to wait to be part of it.