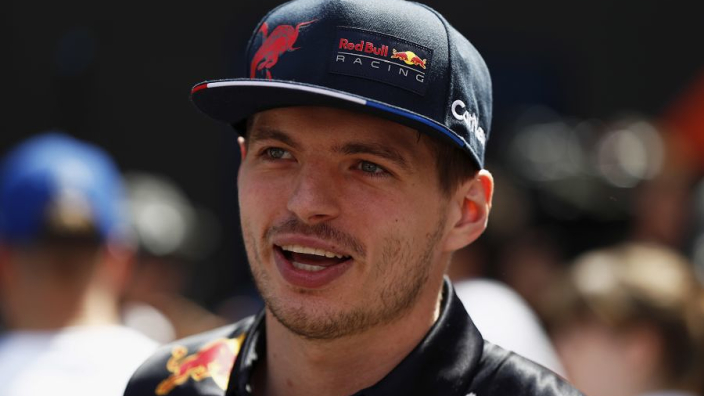 Max Verstappen doesn’t expect a repeat of the DRS problems he faced in Spain as he believes Red Bull ‘now understands the problem’.

Verstappen faced an uphill struggle in his battle against George Russell at Barcelona due to his RB18’s drag reduction system suffering intermittent failures.

Although ultimately victorious, the Dutchman was frustrated throughout the issue, a problem he also suffered in qualifying.

As Red Bull addressed the matter in the meantime, Verstappen said: “[We are running] the same wing and I expect it to be resolved – I hope.

“Fortunately here the DRS is not so important but I think we have understood [the problem] and hopefully we’ve got the fixes in place.”

With the latest generation of F1 machinery improving the ability of cars to follow each other closely, questions have been raised as to whether the sport still needs DRS.

The defending champion, however, feels his struggles to pass Russell at Barcelona’s Circuit de Catalunya underscored the fact that the fixture is here to stay for now.

“If it’s not there anymore, then we’re just riding on trains, so I think I’ve demonstrated that it’s really frustrating,” Verstappen added.

“We need DRS at the moment with the cars. We can follow a little easier but once you’re behind I think the drag is a little less important.

“You don’t have that suction effect like last year, but you still need the DRS to be able to get into the first corner.”