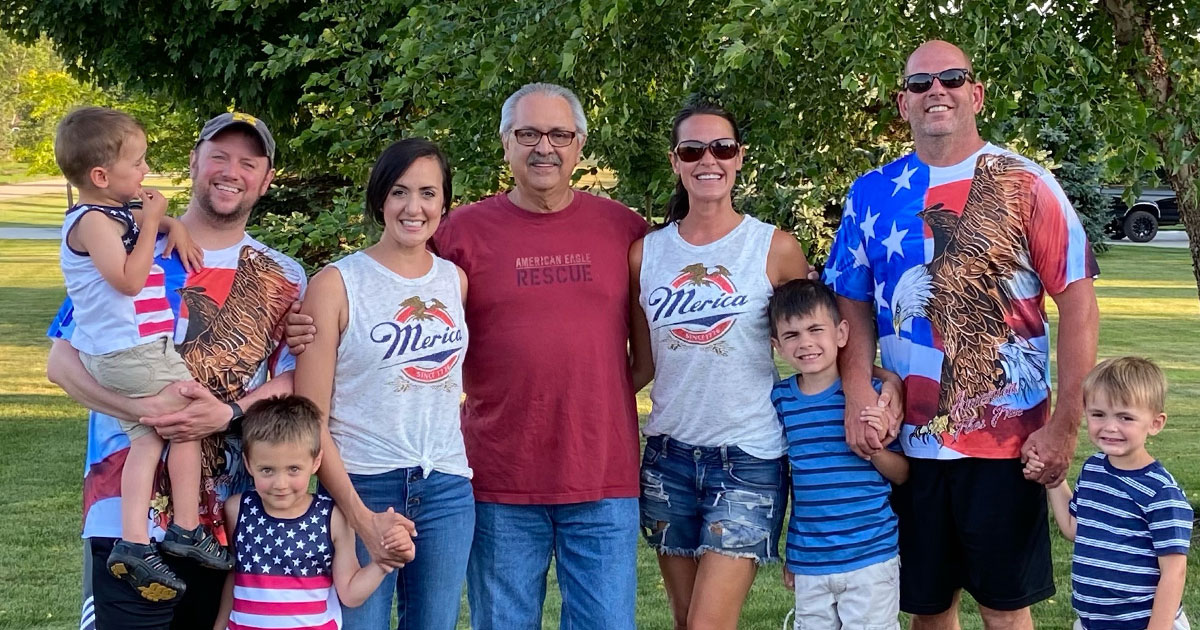 Hernandez, who served in the U.S. Army and deployed to Germany, was deployed to Iraq from 2007 to 2009 as a logistics specialist with the Kansas Army National Guard. He operates KS Amigos, a concierge business in Wichita, and previously published a Spanish-language magazine serving the Wichita area.

Hernandez said in a campaign ad that he was bothered. Estes described the January 6, 2021, assault on the U.S. Capitol as “peaceful.”

Amid the transfer of power from President Donald Trump and President Joe Biden, a crowd pushed through security into the Capitol where federal lawmakers were taking procedural votes to certify the election. A 35-year-old Air Force veteran was fatally shot by a Capitol Police officer, while 138 officers were injured. The US Department of Justice arrested and charged more than 800 people with rioting on January 6.

“I’ve served our nation twice overseas,” Hernandez said. “Excusing the aggressive and destructive conduct we witnessed on January 6, 2021 is a slap in the face to every serviceman and woman and, frankly, every American.”

Hernandez said he filed in the 4th District because Kansas people deserve answers to leadership issues in Washington, D.C.

“Ron Estes can spend the rest of the year trying to explain his lack of patriotism,” Hernandez said, “and we’ll see if people buy him.”

Estes’ staff in Wichita and Washington were unavailable to comment on Hernandez’s claims about the Capitol riots.

Hernandez enlisted in the military in 1972 and was deployed to Germany until 1978. He graduated from Garden City Community College and Wichita State University before working as an investment adviser for Merrill Lynch. He enlisted in the National Guard after the Andover tornado in 1991. He was in Iraq supporting Operation Iraqi Freedom.

His campaign was announced ahead of Thursday’s televised congressional hearing on the Jan. 6 insurrection on Capitol Hill that has imperiled the tradition of the peaceful transfer of presidential power. A U.S. House select committee investigated Trump’s “Stop the Steal” campaign, which was based on unsubstantiated allegations of voter fraud and an attempt to undermine Biden’s victory over Trump.

Estes, who served as Kansas state treasurer from 2011 to 2017, has represented the 4th District since April 2017. He was originally elected to replace U.S. Representative Mike Pompeo, who resigned to work in the Trump administration. Previously, Estes served as Sedgwick County Treasurer.

In January 2021, the six-member federal delegation from Kansas condemned the violence on Capitol Hill. Estes, who has advanced allegations of fraud in the 2020 election, said the federal government must “hold accountable those who committed these acts of violence.”