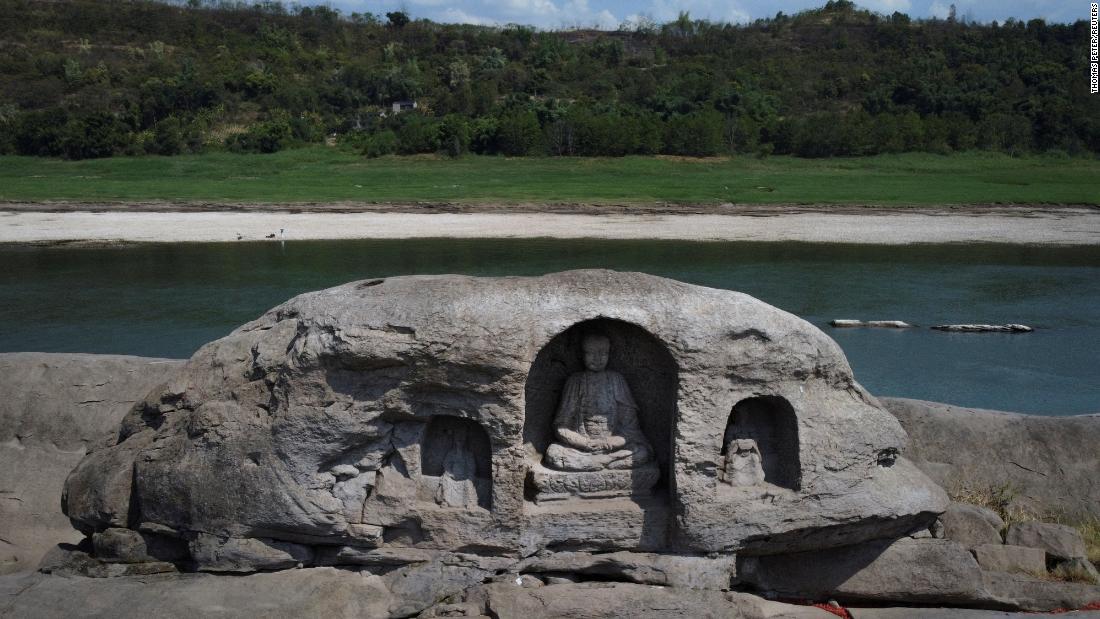 Falling water levels in the Yangtze River have revealed a submerged island in the southwest Chinese city of Chongqing and a trio of Buddhist statues thought to be 600 years old, state media Xinhua reported.

The three statues were found on the highest part of the island’s reef called Foyeliang, originally identified as being built during the Ming and Qing dynasties. One of the statues depicts a monk seated on a lotus pedestal.

Yangtze water levels have dropped rapidly due to a drought and a heat wave in the southwestern region of China.

Rainfall in the Yangtze basin has been about 45 percent below normal since July, and high temperatures are expected to persist for at least a week, according to official forecasts.

As many as 66 rivers across 34 counties in Chongqing have dried up, state broadcaster CCTV said on Aug. 19.

In Spain, archaeologists have rejoiced at the emergence of a prehistoric stone circle dubbed the “Spanish Stonehenge”.

Another of Europe’s mighty rivers, the Danube, has sunk to one of its lowest levels in nearly a century, exposing the hulks of more than 20 German warships sunk in World War II near the Serbian port city of Prahovo.

Top image: A once submerged Buddhist statue sits atop the reef of Foyeliang Island in the Yangtze River, which emerged after water levels dropped due to a regional drought in Chongqing, China, August 20, 2022. Credit: Thomas Peter/REUTERS.

25 are junior volunteers at the hospital

Enrique Becerra: “Morocco is a very good country for doing business, it welcomes you with open arms” | Atalayar